This user provides ratings about this bike 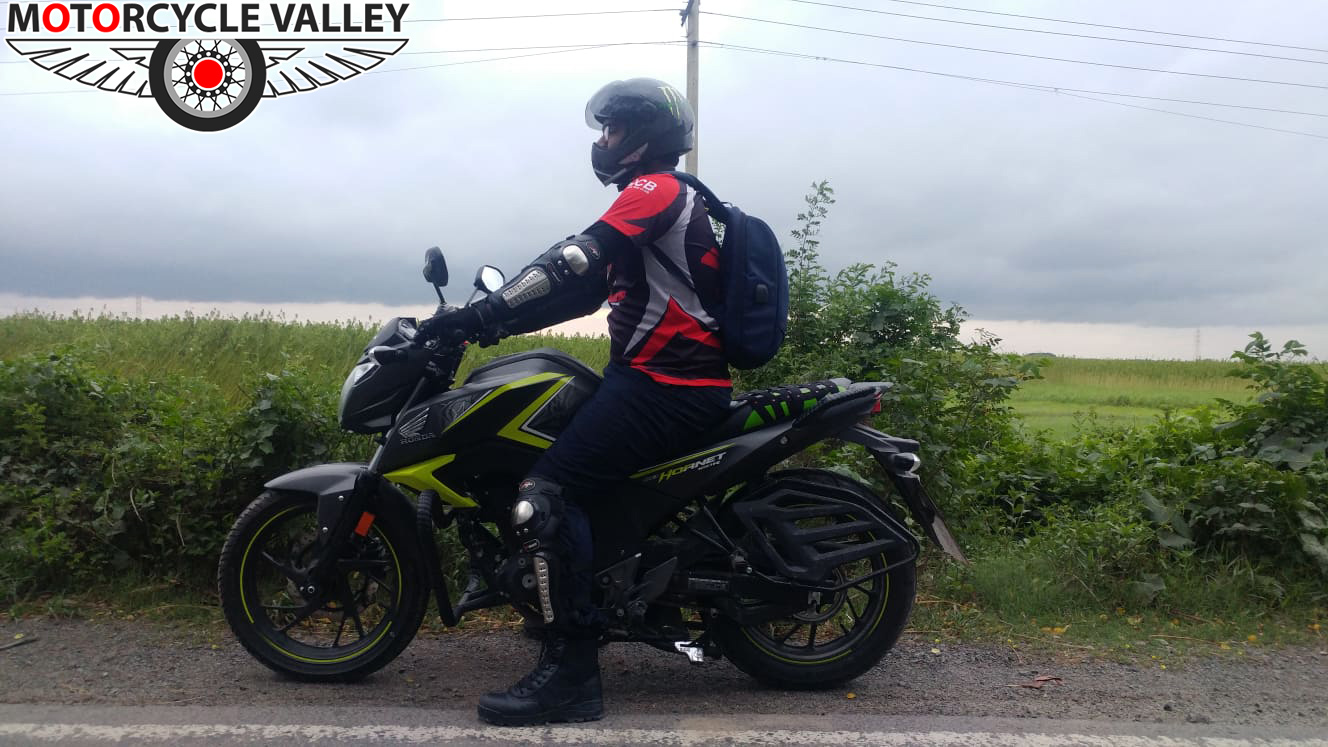 In an Indian website I saw Honda CB Hornet 160cc for the first time. After seeing the specification of this bike I really wanted to own it but because of cc limit it was not allowed in Bangladesh. I think in 160cc segment it is a very decent bike. Today I’m going to share some good and bad sides of this bike but before this I will share some of my experience. 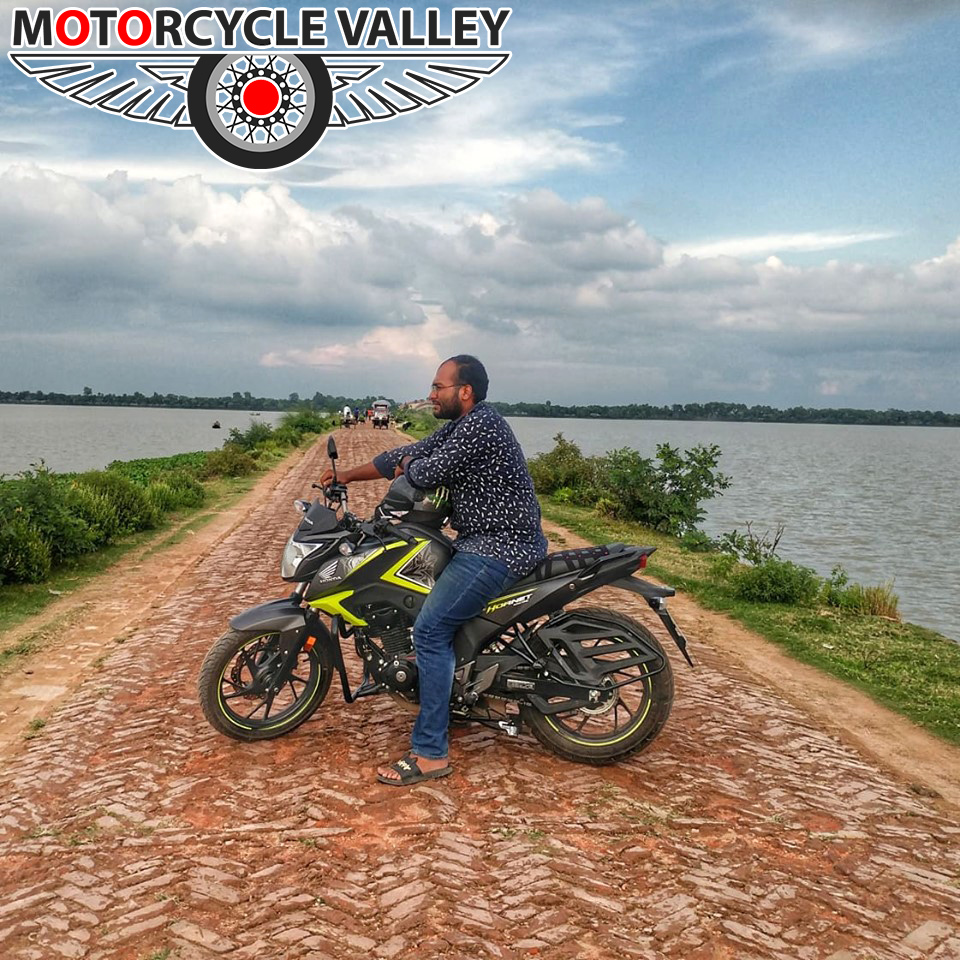 On Honda CG125 I learn how to ride bike for the first time in my life. That was my father’s bike. In order to learn riding bike one day I came out alone with CG125 and I was successful. I learned by my own on Honda CG125. After that I started riding Honda CG125. Whenever I got time I just started riding this one. Finally we ride almost 100000Km but the sound of the engine was smooth just like new. After riding that bike almost five years my father decided to sell that bike. Because of some personal problems my father decided to sell that bike but me and my father didn’t wanted to sell that one because we both love that bike. Last of all my father sell it. After that I didn’t had bike for 4 months and during this time I realized the necessity of a bike. 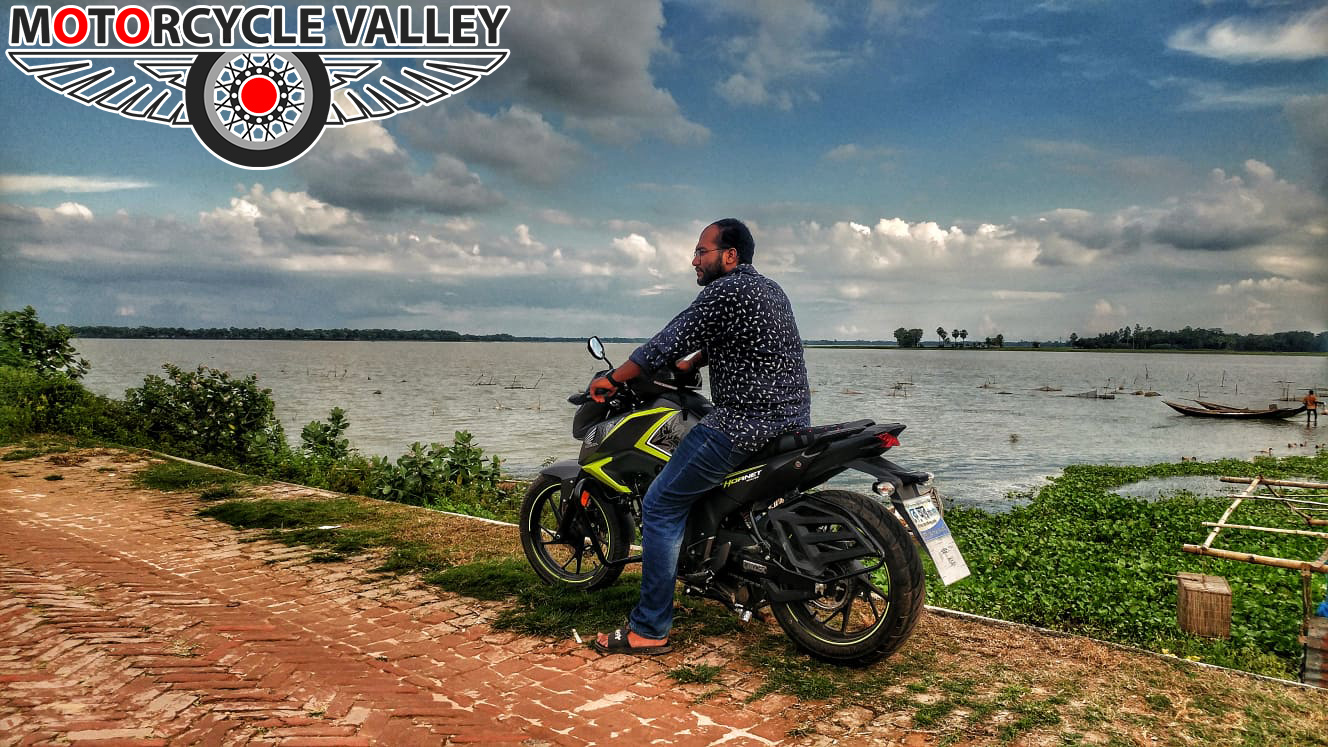 I started working at Motorcyclevalley as content developer and they give me a bike name Dayang Bullet. The performance of this bike is just like its name. It was a 100cc bike and I picked up 100kmph top speed on this bike. I used this bike for official and personal work. One day I have ride maximum 200km on this bike. Over all I was very much satisfied with this bike.

When the Bangladeshi government increase the cc limit from 150 to 165 importers import Bajaj Pulsar NS160, Honda CB Hornet 160R and TVS Apache RTR 160. First of all I cancelled TVS RTR 160 because the look of 150 and 160 is just same. On the other hand between NS160 and CB Hornet I keep Hornet on the top of my favorite list. Because from my childhood I was very much weak on Honda and I can’t ignore that brand on which I started learning bike. On the other hand I don’t think NS160 suit with my body. Though it has oil cooled engine and perimeter frame but I think it some features are absent in this bike. But CB Hornet impress me with its features such as wide tyre, large disc brake, comfortable sitting position and strong build quality. Overall I have decided to go for Honda CB Hornet 160R

Engine
Many people think that Honda has launched Hornet with low quality air cooled engine but it is totally wrong. This engine has sufficient power but we don’t get those opportunities which we can get in oil cooled engine. But I have noticed the more the engine gets hot the more the bike become smoother and give better performance. In long journey we need to give few time to cool the engine. Another thing I like in the engine of this bike is its high end torque I mean after 6 thousand RPM the performance of this bike increased and engine started roaring. Because of new condition the taped of this bike is little lose but from the showroom they said they will adjust it after 4000km. Till now I don’t find any major problem in the engine of this bike.

Sitting position
The sitting position of this bike is perfect for me. I have ride 120km in one day without any back pain. I am very much satisfied with the performance of the front suspension and the rare suspension seems little hard to me but I adjust it. I think you all know that we can adjust Honda CB Hornet in three steps.

Mileage
Though still I don’t get the exact mileage. Though it has 160cc engine but the HET system I get great mileage and also get little vibration.

Good sides
-There is a muscular feeling in the design and structure of this bike.
-Because of upright sitting position I feel comfortable in long journey.
-Effective braking system.
-Powerful engine and enough smooth which runs smooth till 6000 RPM.
-Great cornering stability.
-After buying this bike is become drenched in the rain water but still I don’t find ant electrical problem.
-The parts of this bike is available everywhere and the price is also very reasonable.

Bad sides
-I think the body plastic are not strong enough because when I ride on high speed I hear a sound from it.
-Headlamp doesn’t emits sufficient light.
-Stock horn is really bad.
-They should provide grab rail because the color of it removed easily.
-They should change the design of sari guard at the same time it is very weak.

I have purchased this bike on 3 July from KR bike center. All the stuffs of this showroom are very helpful and whenever I go there with any problem they try their best to solve it.

It was my short review regarding my Honda CB Hornet 160R and after 10000km I will provide original review. 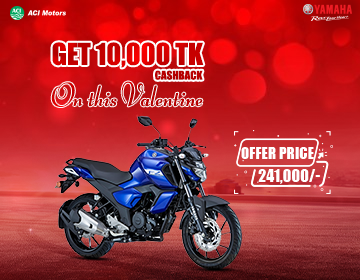