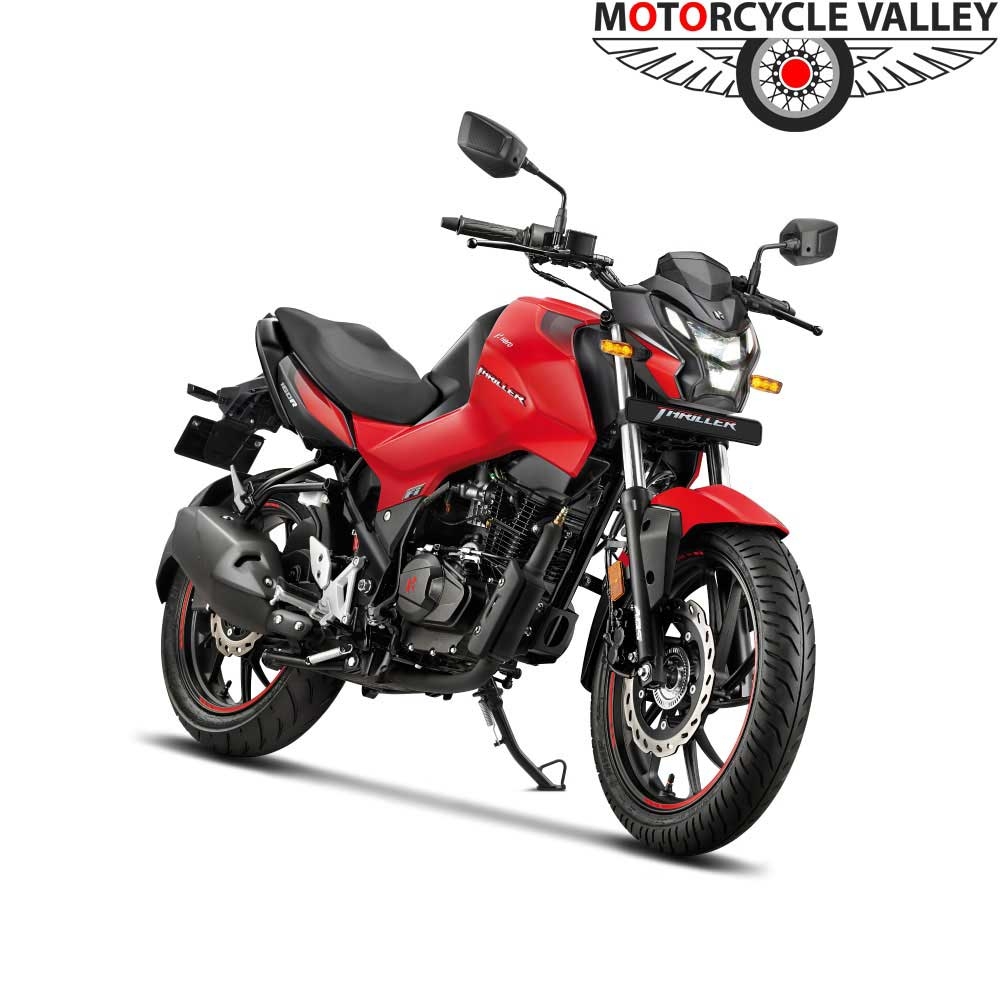 You can also choose 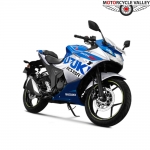 Thriller DD is a high performing bike which is available in the Bangladesh motorcycle market. Hero Thriller DD Price in BD is 192,990.00Tk. 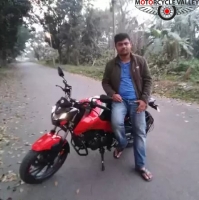 It can be said that I have been using motorcycles for a long time. A different kind of inclination towards motorcycles has bee... 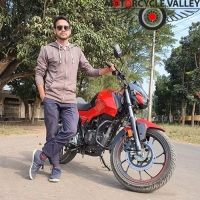 My name is MD. Rashid Kaikobad Pranto, in order to solve the busyness of life and save the time, about 3 months ago, I bought... 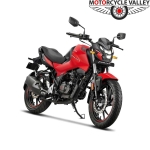 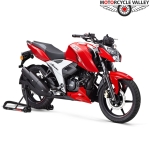 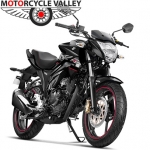 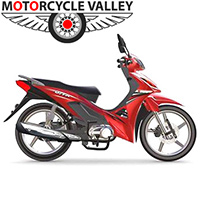 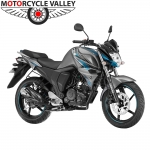 In terms of Bangladesh, after such a long time Hero Motocorp has bring in new thrill for their users. Though they are one of the leading motorcycle companies in Bangladesh, but after a long wait they introduced this new model at 160cc, namely Hero Thriller 160R. This 160cc bike comes with muscular outlook and interesting new features that can easily make great impression on the first go. Excellent power integration with the light weighted body structure makes this bike supper fast according to Hero. Comparing this bike to other 160cc bike at its territory, this bike is one step ahead, because of its new stylish look and modern features. Hero tried to offer a new Beast for those who were waiting for Hero’s next game changer. So, let us have a look what is new for us reviewing all the feature of new Hero Thriller 160R.

To begin with, one thing we to mention that the core design is similar to its elder sibling Hero Xtreme 200, but then again if we look closely we will observe the changes from the front and rear view. Hero has used integrated fuel tank extension kit, which is not placed side by side, it is placed strongly with the curves of the fuel tanker and without any bothersome screws. It covers the full fuel tanker and ended in the middle of the side panel. The fuel tank looks more muscular because of this extension kit. Another attraction is the robotic shaped Headlamp. It is really attractive and looks beautiful with the overall design. H-shaped Smoky and uniquely designed rear lamp and this Robo face front headlamp is fully equipped with LED lights. Single barrel exhaust, but even sportier with its small, but bulky design gives the premium look for this bike. No use of split seats, but still the single seat is smaller and looks sportier.The pillion seat is also comfortable and gets an integrated grab handle underneath the seat.The riding foot-peg is also attached a little bit behind to give it a sporty appearance. Overall exterior of this bike looks muscular and carrying the genetic material of a naked sports bike. Well, it is now revealed that Hero Thriller 160R is the first 160cc bike that Hero Introduced, so they have made the engine compact with features. This naked sports Thriller is prepared with a single-cylinder, four-stroke, air-cooled, 2 valve OHC 163 cc FI engine. The power output seems also very pleasing, because it has 11.2 Kw (15 BHP) maximum power at 8500 rpm and 14 Nm of torque at 6500 rpm. Compatible with FI this type of engine will surly provide good enough performance at the 160cc segment. 5-speed gearbox and a wet multi-plate clutch for smooth transmission is seen on Thriller 160. According to the company, this engine can reach 0-60 km/h in just 4.7 seconds. The top speed of this bike will be around 130 km/h.One interesting thing is noticeable at this bike, and that is kick start. Most of the Fi engine vehicle doesn’t have Kick firing power, only electric start are the firing option. Surprisingly this bike has both. On the whole, because of the Fi technology this bike will be mileage efficient and due to the excellent power output it will be superfast.

The all new Hero Thriller 160R is assembled over TUBULAR DIMOND frame. This type of chassis are good at sturdy performance. Mention the body dimension we have to start with the seating position first, the seating and riding position of this bike is ergonomic and comes with a decent measurement of 790mm, no use of the split seat. The pillion seat is also comfortable and gets an integrated grab handle beneath the seat. The overall dimension of this bike looks standard. Looking into the overall body dimension of this bike we have, 2029mm length, 793mm width, and 1052 mm height. This bike has 1327mm wheelbase and 167mm ground clearance respectively. Hero Thriller 160R comes in two variants. Dual Disc version, and Single Disc version. The dual-disc version gets a 276 mm PETAL disc in front and 220 mm disc brake in the rear wheel. And the single-disc version gets 276 mm PETAL disc in the front with single channel ABS brakes commonly in both versions and 130 mm drum brake in the rear wheel.
For the tires Hero used 100/80-17 at the front and 130/70-17 at the rear side, both tyres are tubeless and placed over stylish alloy wheels. Thus, watching all the features we can say this bike has good mixture of style and features, all are up to date and has only a few lacking. Combining all the things this bike carries 139.5 KG (Dual disc) and 138.5 KG (Dingle Disc) kerb weight and it has three color shades. They are Pearl Silver White, Sports RED, and Vibrant Blue. So, now it is up to the users who can declare the worthiness of this new Thriller 160R. Comparing to the other bikes inside the local this bike is a great competition for other 160cc bikes that we can say. 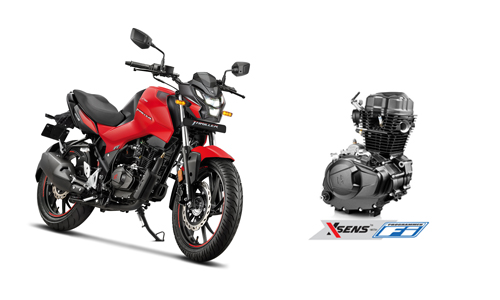 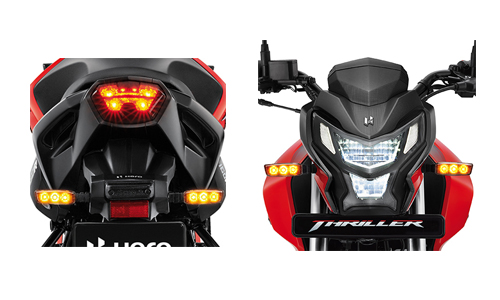 Hazard
Go straight without worrying that much, just turn on the hazards
Droid headlamp
Robo face headlamps puts a great impression on the looks and also features heavy duty LED light
Tyre hugger
To get rid of annoying sludge and keep the road and your bikes alloy clean stylish rear Tyre hugger is seen at Thriller.
Compact sports exhaust
Smaller and compact type exhaust pipe is placed for thriller to make the outlook more eye catching. 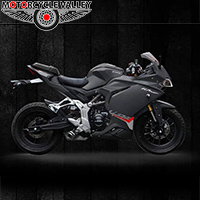 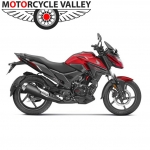 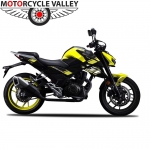